Reading the wind and putting it into words can be especially confusing. Learn how to convert wind directions in degrees to compass directions, and check out their corresponding official abbreviations.

The first thing we need to know is that wind direction is reported as the orientation from where the wind is blowing. For instance, if it's coming out of the southeast and blowing towards the northwest, it is a southeast wind.

The four cardinal points are clearly identified in the wind rose alongside their initials - North (N), South (S), West (W), and East (E). That is something you probably know already.

However, these are basic directional names that almost never relate to a real-life wind direction scenario. Winds are always shifting, and they don't blow rigorously according to human-designed tables.

In order to improve the quality of the readings, there are other four intercardinal directions - Northeast (NE), Southeast (SE), Northwest (NW), and Southwest (SW). 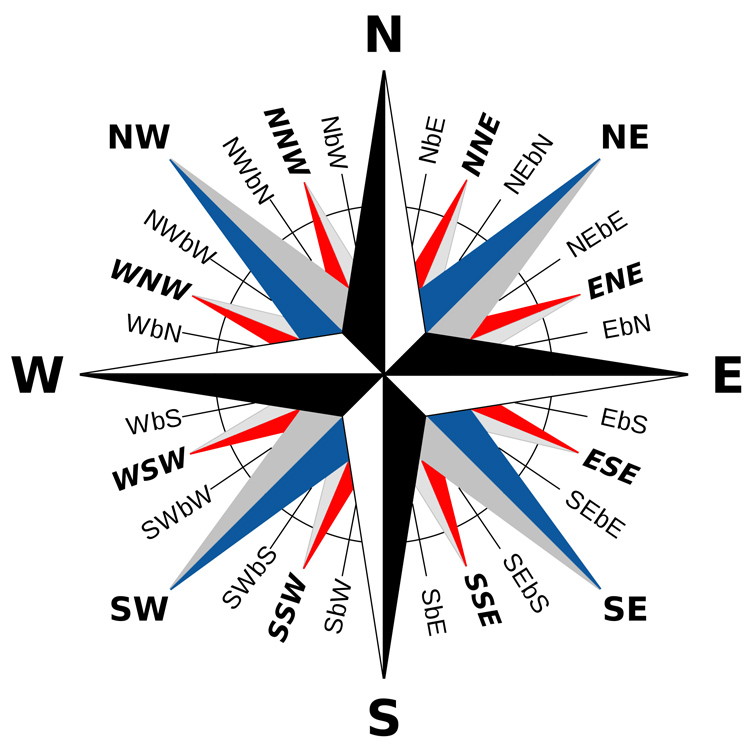 But there's more. It is still not enough. The European nautical tradition introduced the 32-point compass rose - somewhere between the 5th and 15th centuries - to increase even more the precision of the wind direction calculations.

The third layer of readings is rarely used in our daily lives. However, sailors, windsurfers, and kitesurfers may allude to them professionally because these highly specific wind directions have direct impacts on their performances.

The expressions southwest by south (SWbS), north by east (NbE), east by south (EbS), or northwest by west (NWbW) may require practice from the person who assesses the wind, but they will definitely add accuracy to the readings.

Now that we've seen how wind direction is often reported in cardinal directions, it's time to look at the numbers. But how do numerical representations indicate the direction of the wind in particular? 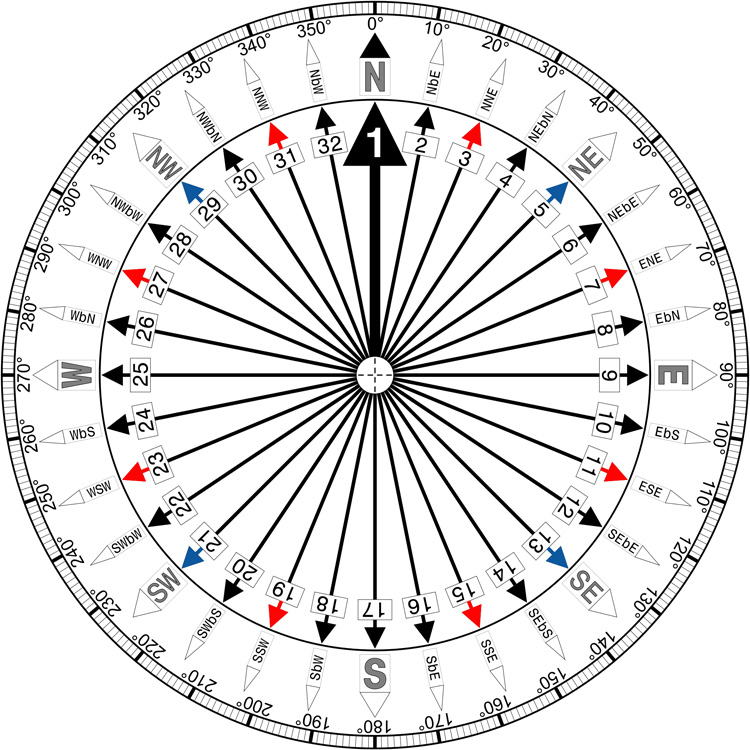 The truth is that wind direction can also be presented in azimuth degrees, i.e., in a numerical measure that moves around the Rose of the Winds in a clockwise circle from 0 degrees (N) to 360 degrees (N).

Check out the 32 cardinal points, their corresponding abbreviations, and degrees: